Asparagus Aphrodisiac the two words seem to be going hand in hand at the moment.

Its approaching St Valentines Day as I write this and everywhere I look are suggestions about the aphrodisiac properties of asparagus. So I thought I would do a little research. 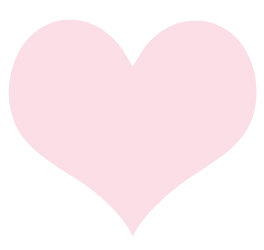 I like to see a little scientific basis for these kinds of statements and my first internet search yielded what appears to be a scientific paper confirming the aphrodisiac properties of asparagus. However on closer reading I discover that the asparagus in question was not Asparagus Officinalis (what we all think of as asparagus) but Asparagus Racemosus which is a different species.

Asparagus is actually a Genus in the classification of plants with up to 300 species. Asparagus Officinalis which we like to eat is just one of these 300 species. Asparagus Racemosus another species has been found to have an aphrodisiac effect on rats!! Check out the scientific background researched in the department of Biochemistry at Kuvempu University India.

Getting back to the asparagus we buy off the shelf Wikipedia tells us that asparagus was first celebrated for its aphrodisiac powers in al-Nafzawi’s "The Perfumed Garden" which is a 15th Century Arabic sex manual! Following that a 15th or 16th century Indian sex manual called the "Ananga Ranga" written by Kalyana Malla also suggests aphrodisiac properties due to special phosphorus elements that also counteract fatigue.

More recently an article was published called "Aphrodisiacs through the Ages: The Discrepancy Between Lovers’ Aspirations and Their Desires - Three Millenia of Search and Experimentation". (I tried to put a link here for you but it wouldn't work. If you search it I'm sure you'll find it!)

The document describes itself as “A Historical Review Especially Researched for the Enlightenment and Entertainment of the Participants of the Amazon 2000 Boat Cruise, Organized by Dr. Heinz Gruber" by R.J.Rodrigues, MD

This is quite lighthearted document but I’m afraid he comes down on the side of folk lore rather than identified chemical agents as being the main reasoning behind foods generally attributed with these special powers.

“In most cases, foods of an uncommon variety are somehow associated with sex. Eggs and caviar (fish eggs), for example; or foods which suggest or resemble sex organs (asparagus, celery, onions, carrots, clams, oysters, and so forth.)

Man's universal attribution of libidinous effects to certain foods originated in the ancient belief in the therapeutic efficacy of signatures: if an object resembled the genitalia, it possessed, so it was reasoned, sexual powers – thus, for instance the legendary aphrodisiac powers of ginseng root and powdered rhinoceros horn.”

When it comes to Asparagus he suggests caution having found that Quensel (1809) stated that asparagus had the opposite effect on women!

Our Conclusion - Asparagus Aphrodisiac or not?

It seems to me that you should just enjoy your asparagus because it tastes great and puts you in a good mood!! Who knows one of our recipes may turn out to be an asparagus aphrodisiac.

Try these ways to Cook or Store Asparagus