Events throughout the Asparagus Season 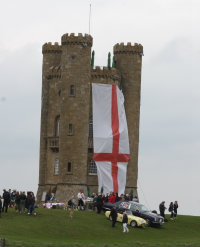 Covers the whole official season from start to finish

Events for all the familly

HOT OFF THE PRESS 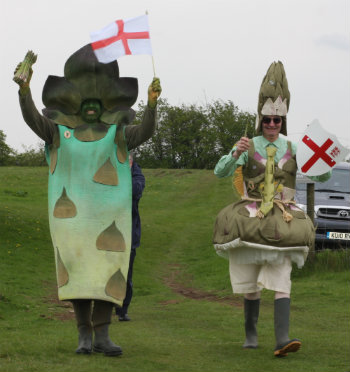 The 2014 season started in the UK with the traditional Asparagus Run. This year having started at the Bretforton Inn as usual as fleet of classic cars set out on a treasure hunt arriving at Broadway Tower in the heart of Asparagus Country at mid-day.

It was a bit cloudy and there was a brisk wind keeping the temperature down but this did not dampen the spirits of the asparagus fans. AsparaGUS and the Aspara Fairy were present along with the Asparacart from the 2013 race. Some asparagus dancing took place and a rendition of the traditional hymn Jerusalem made everyone feel very British! 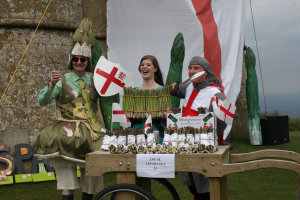 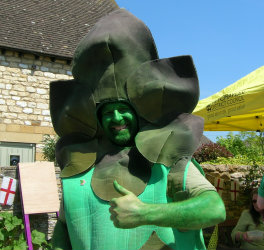 Other events typically taking place include

The Asparagus Run starts the season off on St Georges day and involves the presentation of the first cut round of asparagus (and a giant polystyrene round!). Starting at the Fleece Inn amidst various festivities the first cut round of the Bristish Asparagus Season 2013 then travels by some suitably presigious or unusual means of transport (Morgan cars maybe) to a prestigious destination such as the houses of parliamne tor Buckingham Palace.

Escorted tours of Asparagus Growers in the Vale of Evesham can be booked through out the season with some inevitable tasting opportunities. 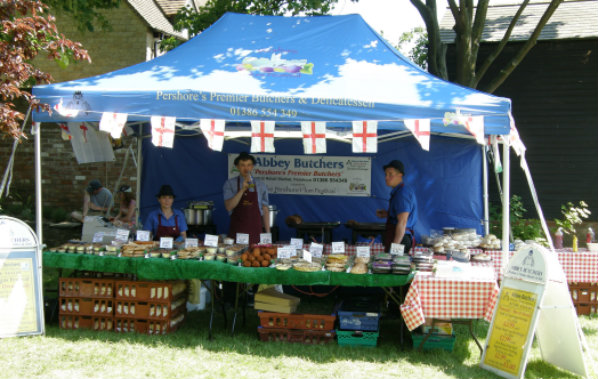 This years Asparafest will be the second time this event has run. It was advertised last year as the horticultural answer to the Big Chill with a weekend of music, food drink and a festival setting. This year overnight camping has been added to allow those coming from afar to make the most of all that the Vale of Evesham has to offer.

Put the dates in your diary and look out for more information as it comes available.

Take a look at what happened in previous years to get more of an idea of what to expect. Their is an official Asparafest site which will provide you with more information.

If you want us to let you know when we have more information on this years festival you could either follow us on facebook ot Twitter, bookmark this page or register for our updates by filling you email address in here. We promise not to let anyone else have it or to bombard you with emails!